Netflix has confirmed that it will start including video games as part of a subscription package (subscribtion) at no additional cost.

In their message to investors, it says that it is already in the early stages of expansion into games and for mobile it will be added to the Netflix platform first.

As they put it “The time is right to learn more about how Netflix members value gaming,” they said Tuesday.

But Netflix shares also slumped in after-hours trading after missing targets on their subscriptions.

The California-based company said it expects to get as many as 3.5 million new customers in the three months to the end of September, which is less than the 5.86 million analysts forecast.

Covid has created some oddities in our ongoing membership growth (higher growth in 2020, slower growth this year), they said in their latest financial update.

Netflix also said that they will continue to focus on improving the service for their members and bringing them the best stories from around the world.

They now have a total of over 209 million paying members, especially after seeing a spike in signups as consumers spend more time at home during the coronavirus-related lockdown.

However, the pandemic has proven to be a double-edged sword for Netflix, as it disrupts production of several major titles.

They say Covid and its variants make predicting the future more difficult, but with most production going smoothly so far.

Despite the slowdown, in the three months to the end of June, the digital streaming media company’s revenue was $7.3 billion, which is about 19% more than the previous year.

Their profit fell to $1.35 billion from $1.7 billion in the previous quarter, citing additional investment in upgrading non-English language apps and content.

Netflix says it will continue to put more money into production and wants to “increase our share of screen time in the US and worldwide”.

Given that the company faces increasing competition from new streaming services entering the market, such as Disney+ or Amazon Prime, games can of course also provide Netflix with unique offerings, building on efforts like Black Mirror’s interactive episode called “Bandersnatch”.

Independent telecommunications analyst Paolo Pescatore says this could prove to be costly:

“Companies must dedicate significant resources including time and investment with no guarantee of success.

“For sure, it’s a long-term game because Netflix has to think deeply about retention and engagement.”

He also warned that competition in the gaming industry is even tougher and it could be years before the streaming giant can establish itself in the market.

Netflix recently announced a number of steps to help with its transition, such as hiring Mike Verdu, who once worked for gaming company Electronic Arts (EA) as vice president of game development, and reportedly expanding its deal with Bridgerton who is creator of Shonda Rhimes to include games to their platform. 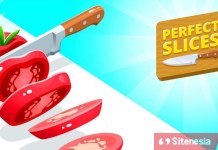 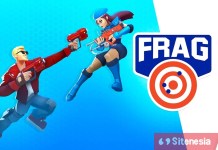 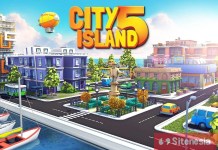